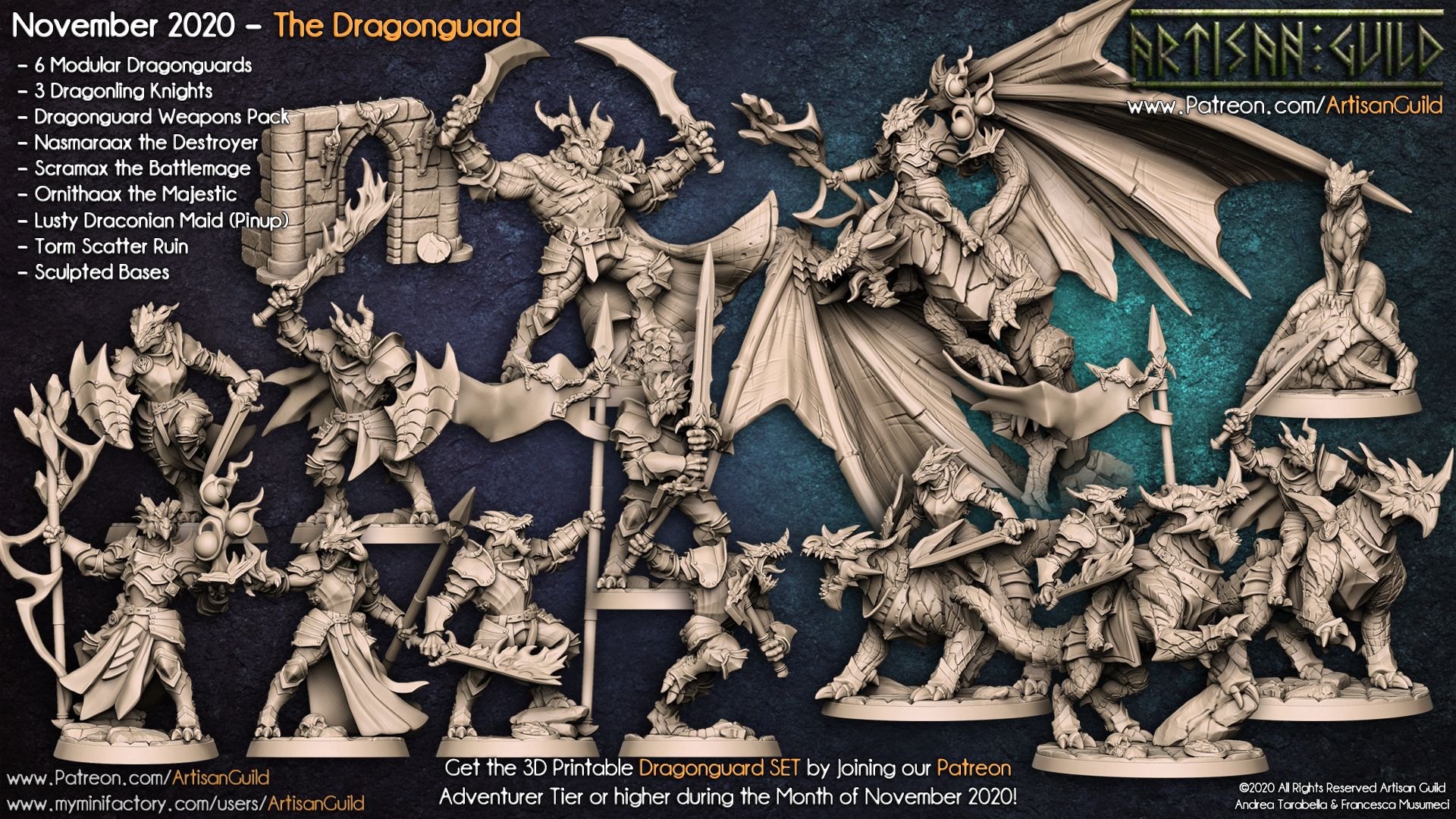 The noble Dragonguard is an ancient order of Dragonblood knights who swore allegiance to Ghaomir, the ancient and supreme Dragon-God.
Once human, the spirits of the most valiant ancestors among the order had been infused with the sacred dragon’s blood, turning them into immortal creatures of great might and wisdom.
Among the most acclaimed heroes of this order of knights, the skalds still sings about the wise leader Scramax the Battlemage; and the brutal “one man army” Nasmaraax the Destroyer, killer of wyverns, a mighty barbarian of disproportionate dimensions feral as a raging Dragon. Hundreds of years ago, during the epic battle for the city of Torm, the Dragonguard and the Fighter’s Guild fought valiantly against the forces of Tialevor and his army of Soulless and Ashen Alfar.
Even the legendary Dragon Ornithaax, son of the Dragon-God Ghaomir, took part in the battle, decimating the ranks of the current Tyrant-God.
In the age of ashes, the Dragonguard order lives in total seclusion, awaiting the resurrection of the revered Ghaomir to oust the God-Tyrant from his throne.