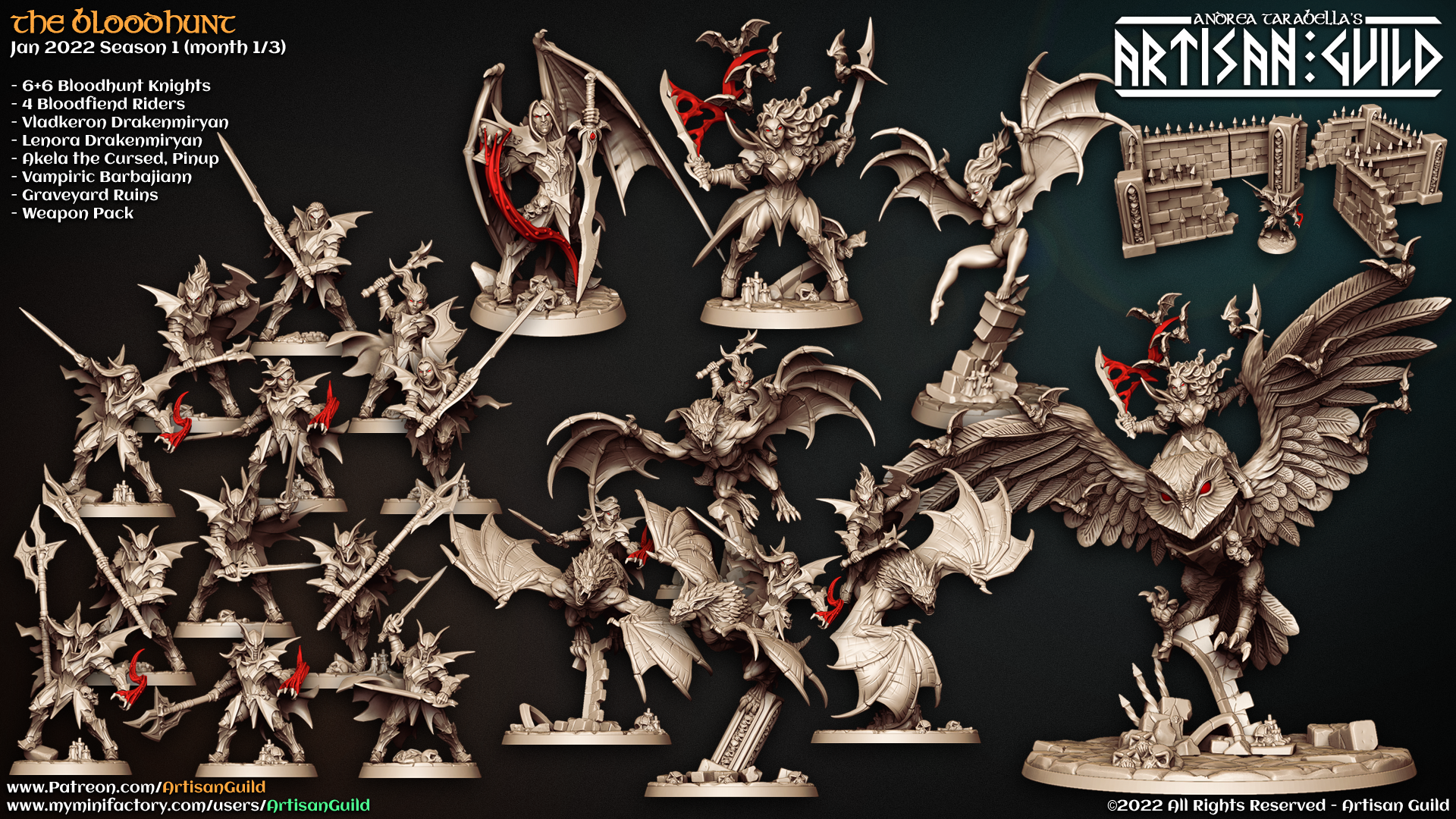 The Bloodhunt Knights were the first Soulless Vampire troops to be sent to the mortal lands of Rotvar when Tialevor’s Arcanists succeeded in recreating the Astral Portals used by demons during the ancient invasions.

Thanks to the portals, the Tyrant-God’s troops were finally able to cross the spiritual barrier between Aera and Rotvar, that barrier created by the Dragon-God Ghomirs sacrifice to defend mortals from Tialevor. When they arrived on Rotvar, the Bloodhunt Knights, led by the sons of Drakenmir himself conquered the citadel of Rodburg after exterminating the entire population, a fortress hidden in a corroded and poisonous land scattered by graveyards hosting the countless victims of the demonic invasions of past ages.

By taming the Bloodfiend bats and forging terrific blood infused Vampiric armors and weapons, the Drakenmiryan brothers and their court began to capture the souls of Rotvar’s peoples in order to feed the Astral Portals, thus allowing the Tyrant-God to send more and more troops, until Rotvar too would fall into his hands!

Chris is heading to the Warmachine and Hordes Welsh Masters for the weekend and so no orders will be processed until he is back at work on Tuesday 17th May. The website will remain open for orders but nothing will be done on our end until then. Dismiss