View basket “Nymphea – Triton Beauty” has been added to your basket. 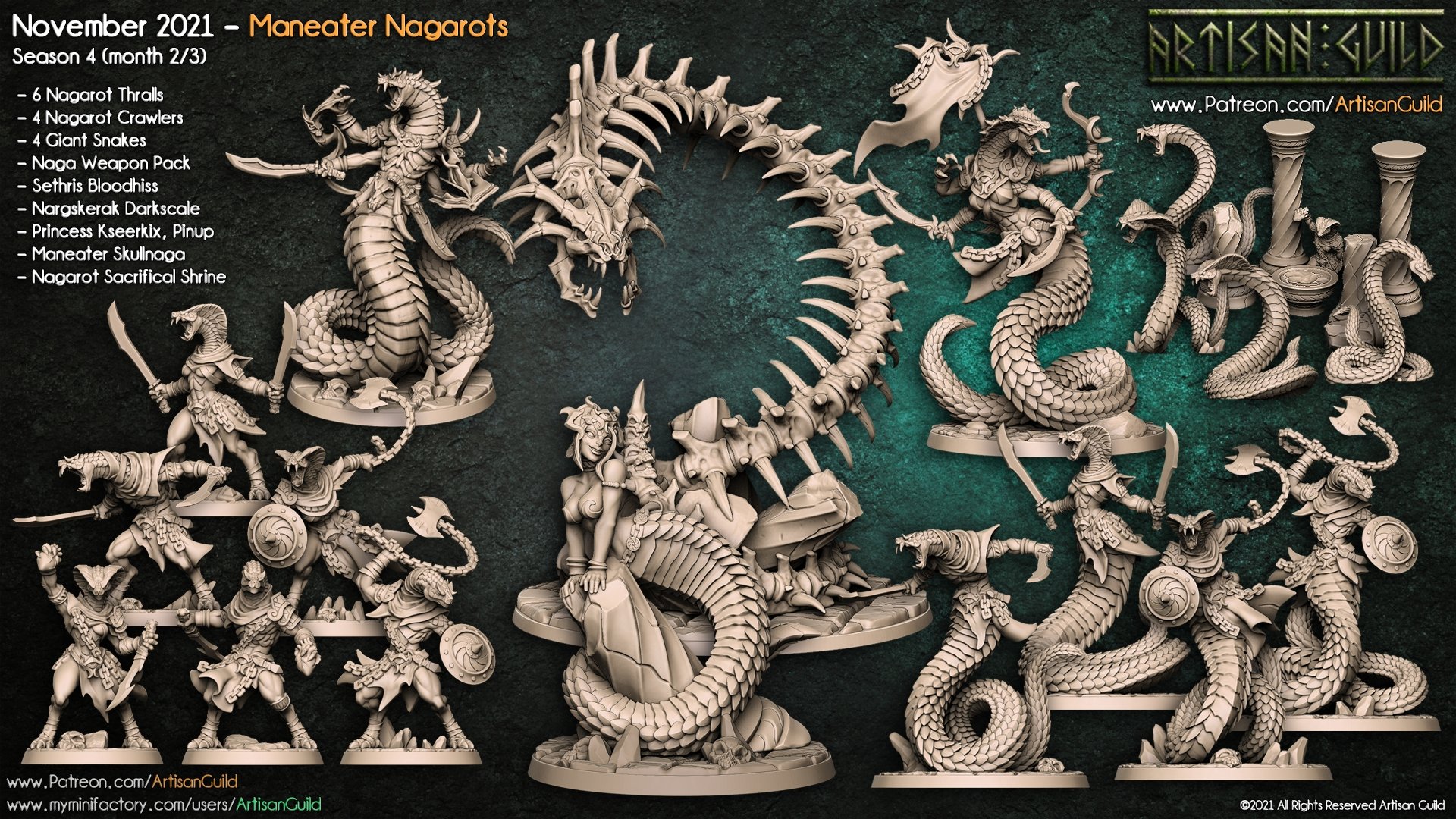 The Nagarots are a cult devoted to the Serpent Demon Yn’aga, herald of the Tyrant-God Tialevor. Before being killed by Sol, the Serpent Demon gifted his Alfar followers with his demon blood, turning them into Purebloods, immortal snake creatures with the task to corrupt the strongest living souls.

In one of the noble districts of the Tyrant-God capital Nikeza, Purebloods give birth to the Nagarot Thralls: beings of lesser races, often gladiators who survived the most brutal ordeals. The few warriors who can survive the process of being injected the Pureblood venom turn into this snake headed monstrosities. 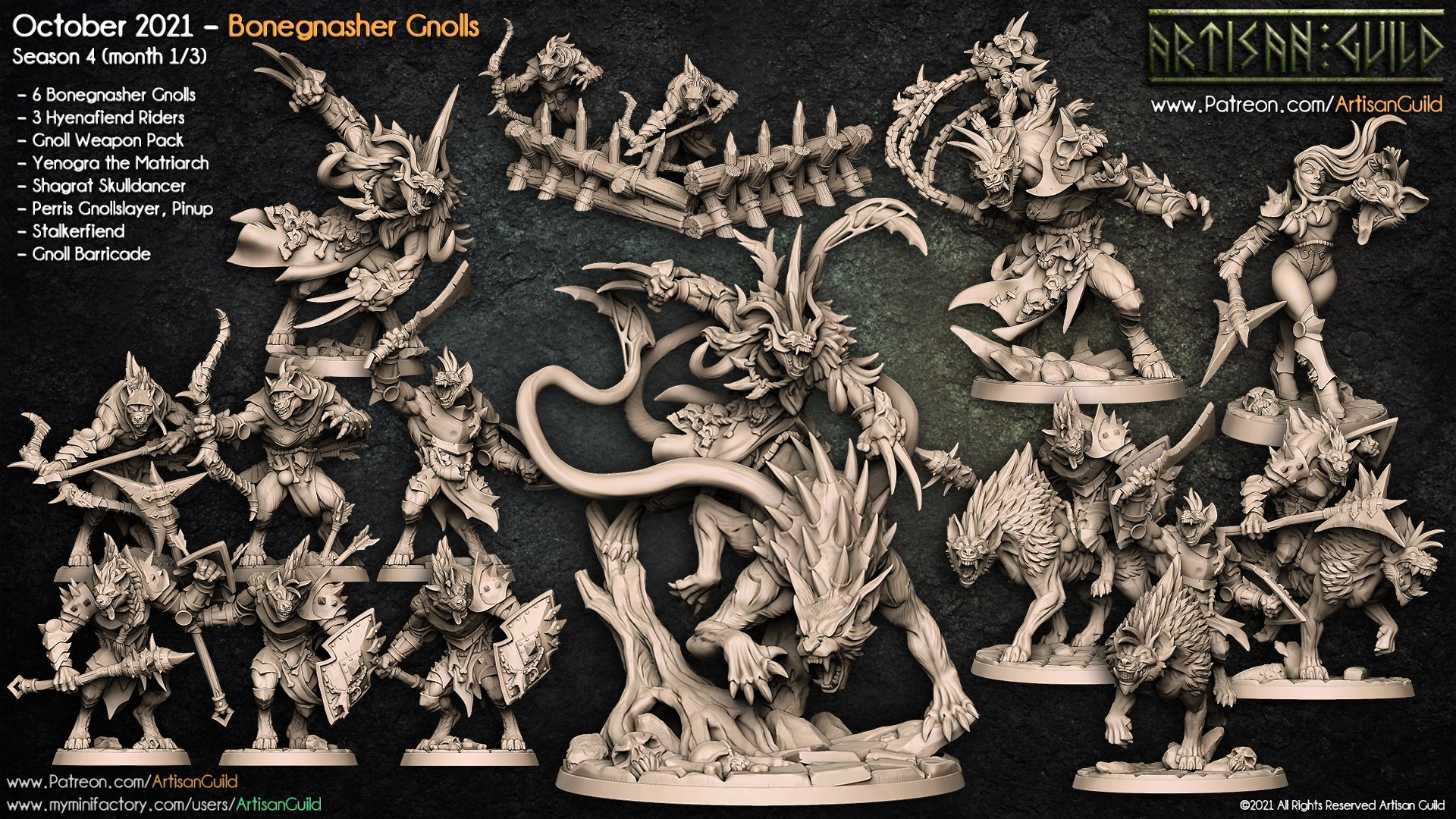 Gnolls were spawned by the Demon Raz’n’guul, born from a rotten tooth of the corruption god Melmor himself. This fiendish offspring, cousins to the weaker Kobolds, lives in nomadic tribes which raids through the lands of the mortals, offering fresh souls for their gods.

The insatiable appetite of these beasts often leads them to madness and cannibalism. The tribe of the Bonegnasher is composed by bulky and savage Gnolls who pillage through the lands of Rotvar, always on the lookout for new prey to tear apart. 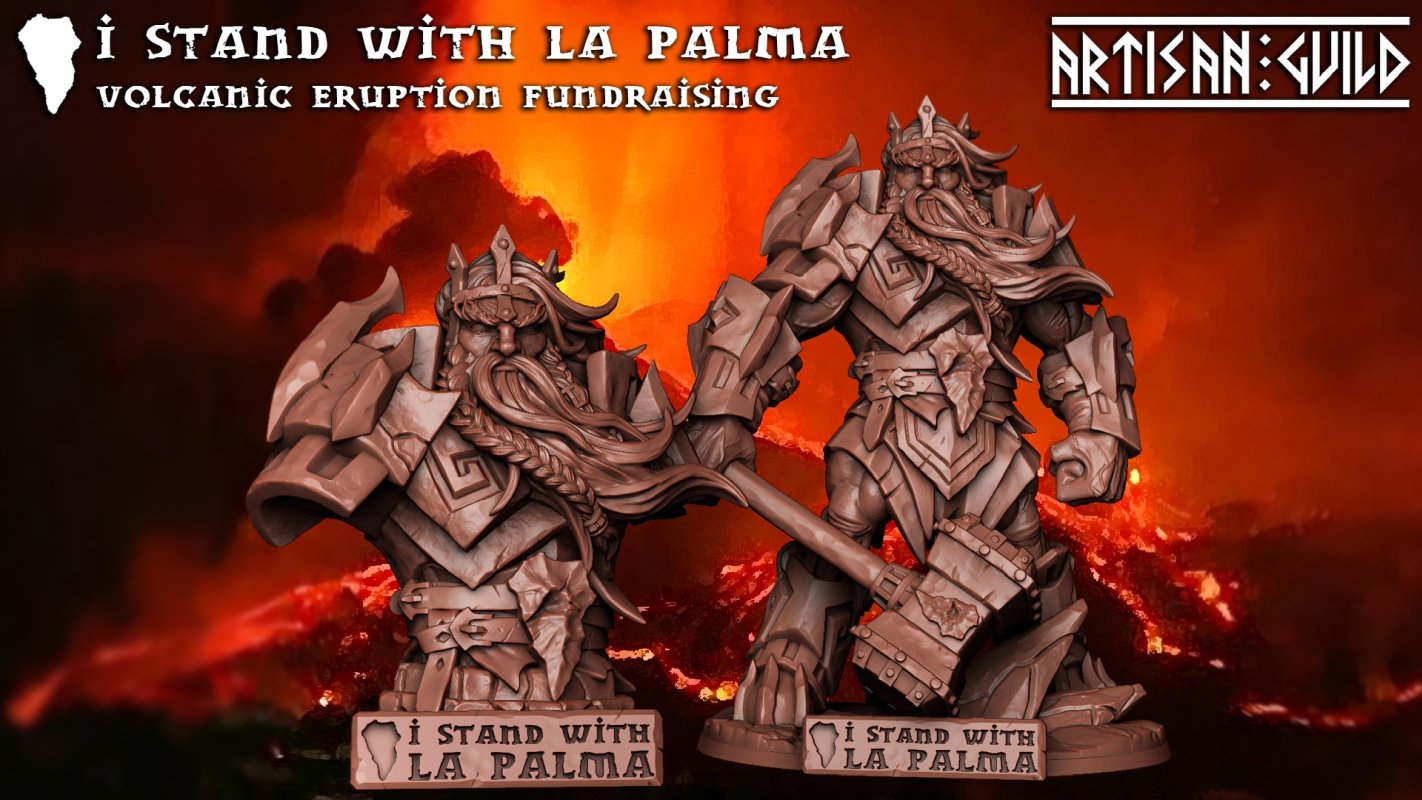 I STAND WITH LA PALMA is not your typical 3D printable figurine campaign. It is a fundraiser to help the evacuees whose home was destroyed by the volcano. 50% of the profits from any sale of a Hefesto printed model will go the the relief efforts in La Palma.

If you have a 3D printer of your own and want to support this fantastic cause then head over to My Mini Factory on the link below to pledge and help those affected by this disaster. 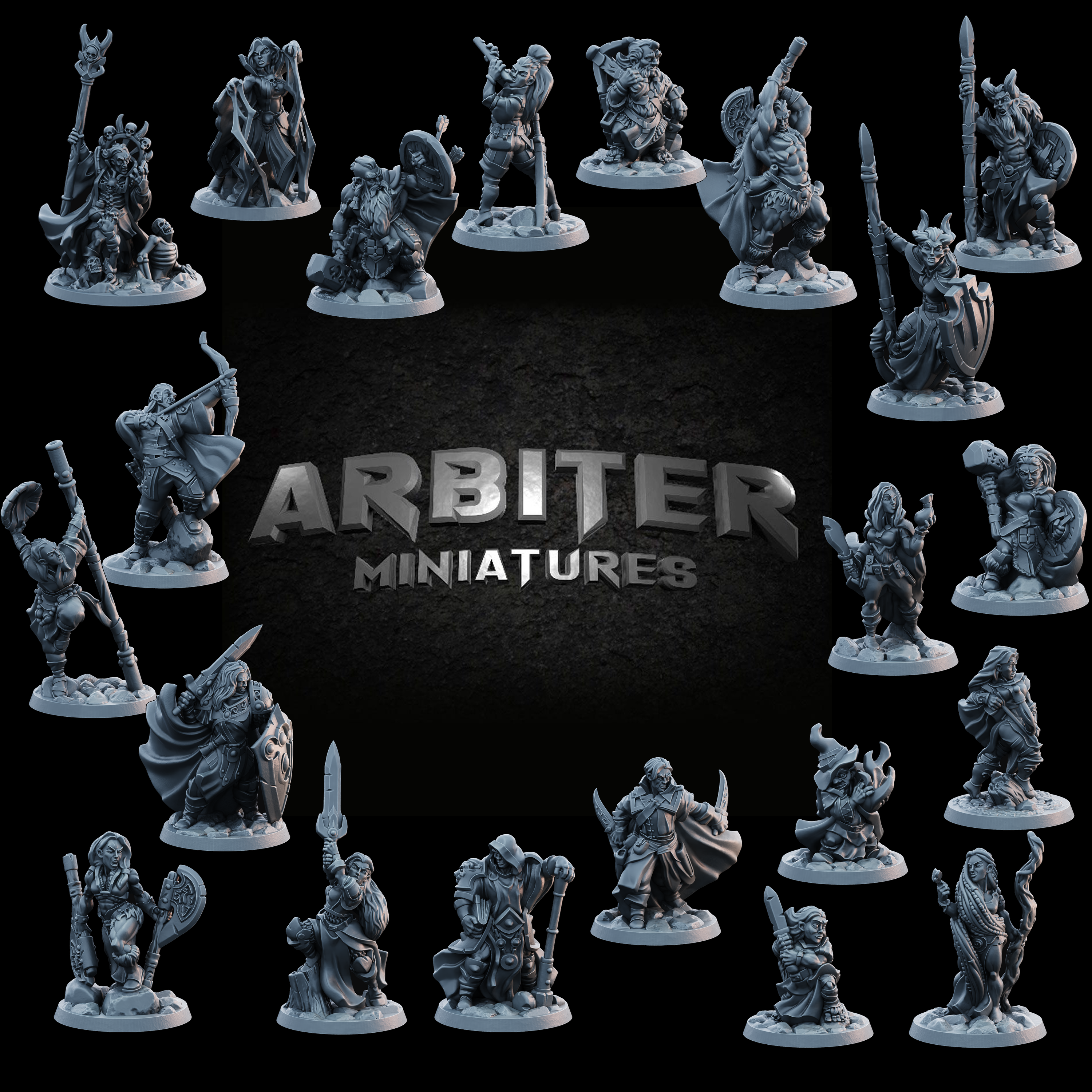 The Arbiter Miniatures Kickstarter Heroes of the Realm has produced some fantastic miniatures and I feel bad it has taken me this long to list them. They are all supportless minis so there is absolutely no clean up on them, just prime and paint. Also due to the way they are sculpted to make them supportless they end up more robust, so great for those younger hobbyists or those who struggle with the fiddly bit of some of the other minis on this site, without compromising on detail.

Heroes of the Realm

Model in this category are licensed from Arbiter Miniatures (https://www.facebook.com/Arbiter-Miniatures-102905724659498) 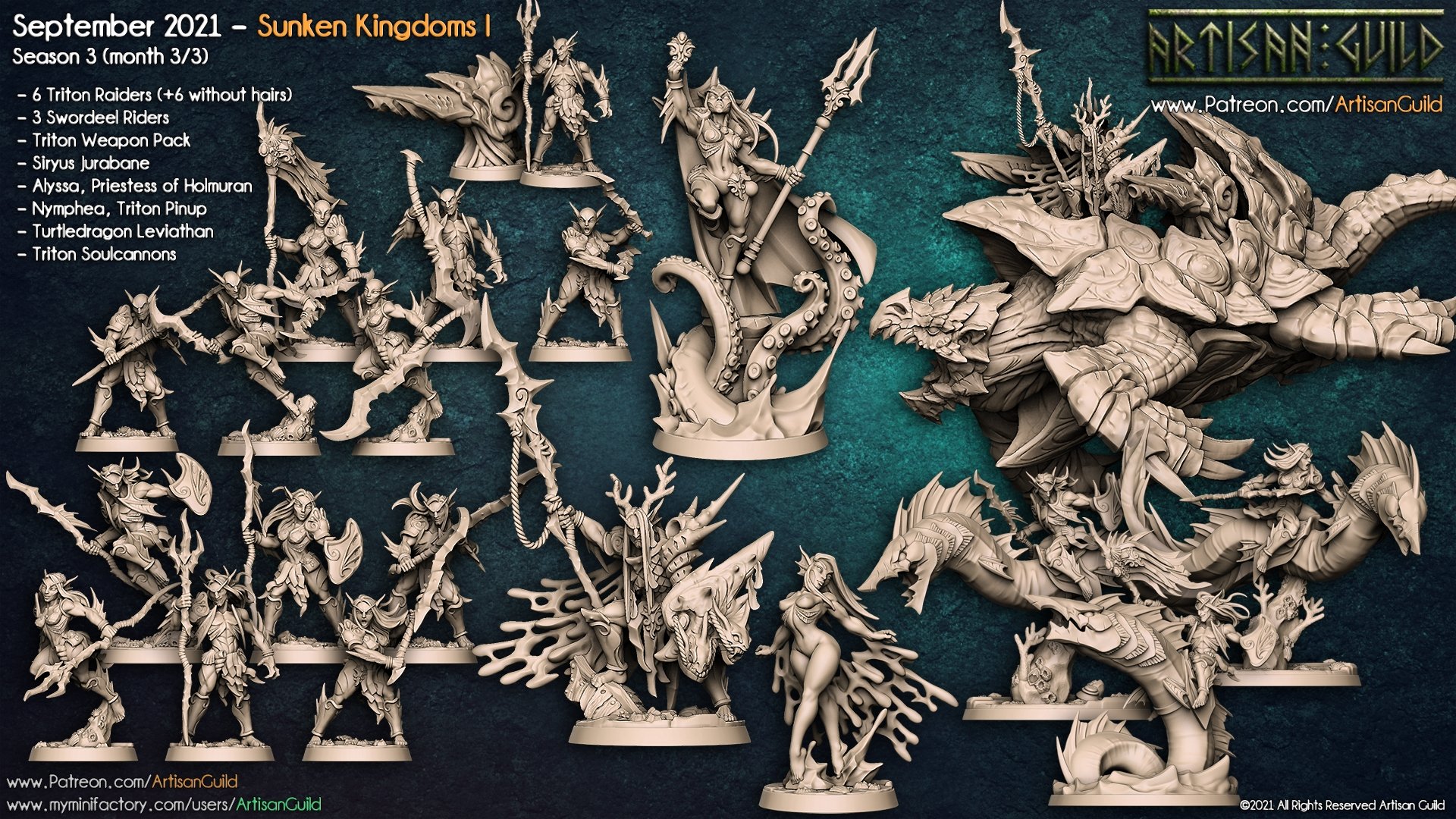 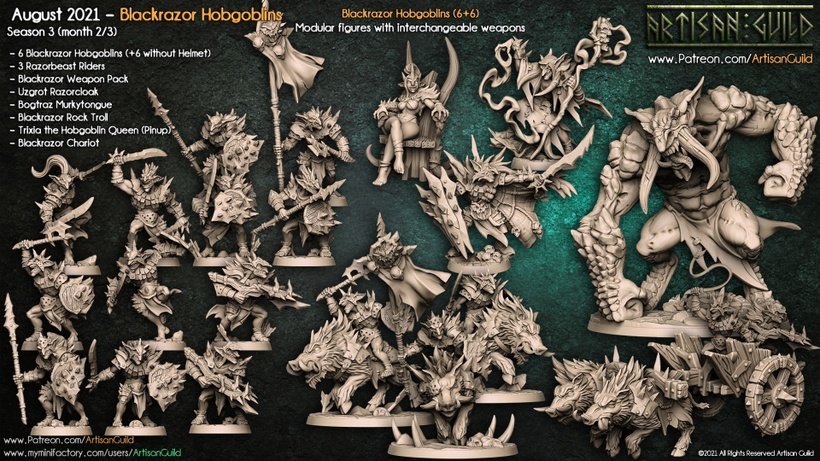 The Hobgoblins, stronger and taller cousins of the Goblins and worshiper of the Goblin god Grimbog, are among the most ancient and cruel races that lives in the Falgor Swamp, a wild and inhospitable land on the edge of the Deeproots forest.
For centuries, the Blackrazor tribe stuggled to survive against the continuous attacks by the Gurunda and other Hobgoblins tribes, until the shaman Bogtraz Murkytongue discovered a way to model the only mineral found in the swamps, the Blackiron.
No longer they fought with bone clubs, but began to forge blackiron blades, shields, armors, and the fearsome arbalests.
In a short time, the Blackrazor became a relentless army, their number grew out of proportions, as their hunger for power and conquest. The surrounding tribes had to surrender to the strength of the Blackrazor, who became the only Hobgoblins tribe in Falgor Swamp absorbing trough violence the weaker ones.
This new force of despair and destruction, guided by the Hobgoblin Queen’s thirst for power, is now looking to extend their kingdom over the civilized cities and towns in Rotvar. 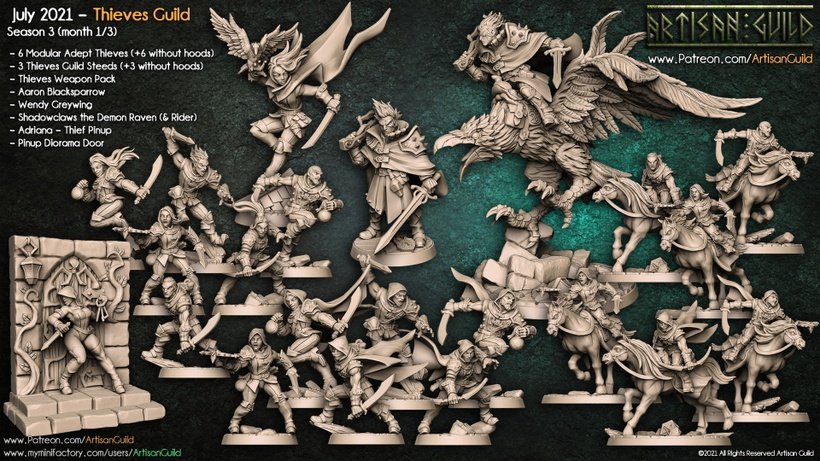 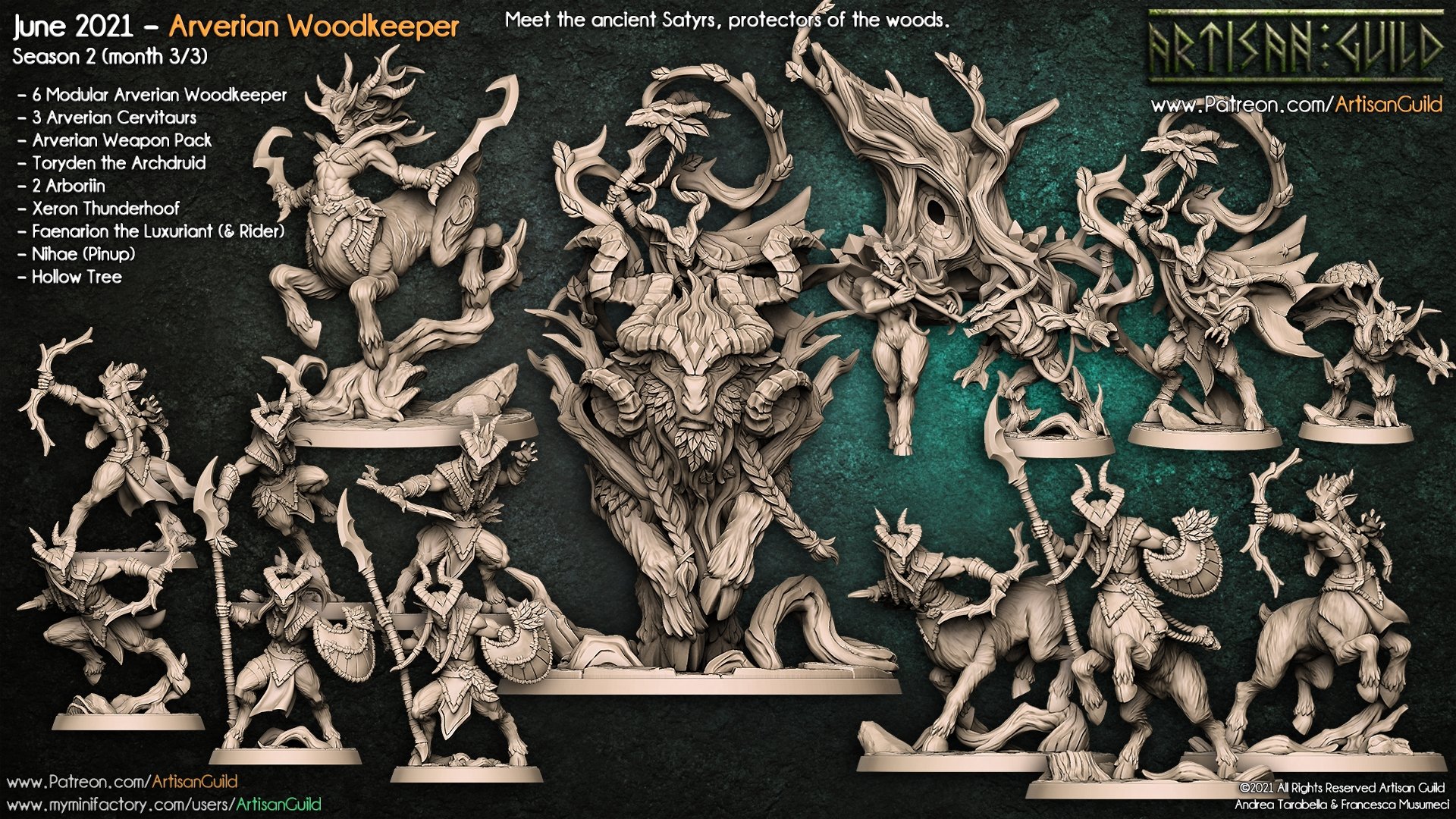 During the war of the gods in Aera, after the Tyrant-God Tialevor corrupted the sacred tree of life Yaldain, a group of Arverians managed to escape from Aera and reach the continent of Rotvar, bringing the magical seeds of the tree Yaldain.

Today the Arverians, a proud but peaceful people, protect the sacred Rotvarian forest of Deeproots from the corruption, thanks to their great skill in the use of bows, spears and shields, repelling any threat such as the Gurunda manace, or the Dumlok who by order of Tialevor want to destroy the reborn Yaldain. 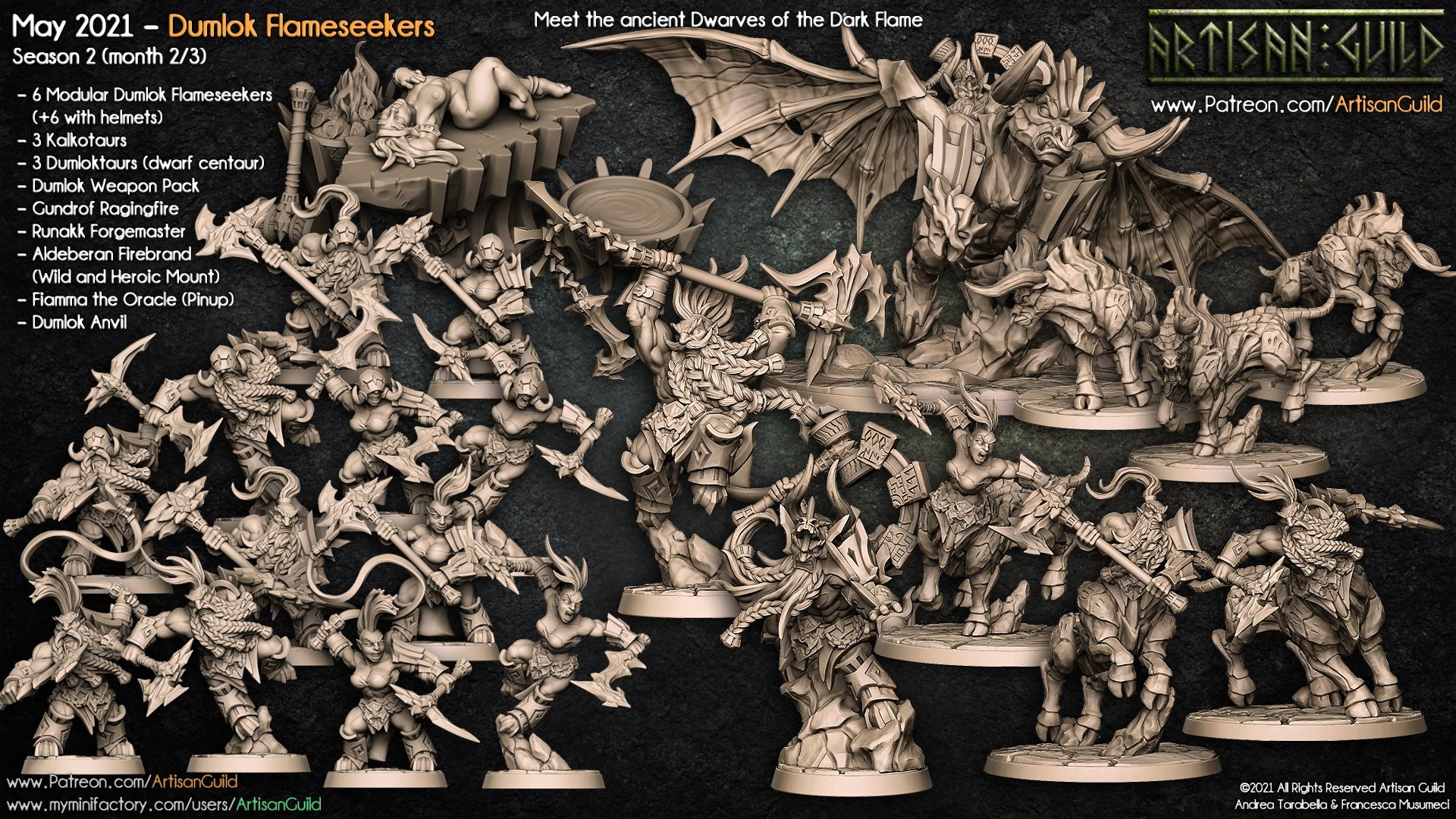 The Dumlok, also known as the Dark Flame Dwarves, are the oldest dwarven race. With ashy skin and fiery eyes, they have thick hair that can vary from red to black.

These worshipers of the Fire God Omuba live in the depths, near the magma from which they draw power. They hate any race who is not born with the Gift of the Flame, expecially their Dwarven descendants, who were driven out of their territories millennia ago after a massive genocide.

Skilled smiths of Vorgul gems, a black mineral as hard as diamond, they build frightening city-temples underground and train the powerful Kalkotaurs: ferocious monsters with the appearance of a incandescent bull. Their society is based on slavery and is divided into castes, commanded by the Master Priests of the Flames.
For centuries the Dumlok have been at war with the Slathaii for control of the Depths, but thanks to Tialevor’s intervention, a forced truce was reached.

The mighty Flameseekers are the berserkers whose job it is to break through and incinerate enemy lines thanks to their incredible tenacity and powerful weapons in incandescent Vorgul, often reaching the surface to capture fresh slaves for their dominion. 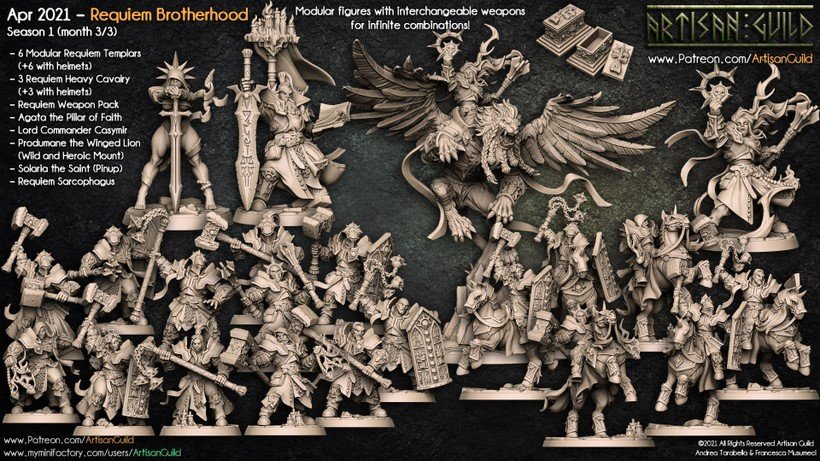 Requiem Templars stand before the chaos and corruption that rages in the world as immovable fortresses, protected by consecrated armour and incenses, capable of warding off the sacrilegious curses of their enemies. The Requiem Brotherhood was created centuries ago in the name of the saint Sol the Holiest in the stronghold of Dosmagal, hidden in the freezing mountains of Rotvar. Skilled clerics and paladins, the Requiem Templars are selected and trained with the sole purpose of breaking the bones of the creatures of corruption and chaos, wielding immense hammers, clubs and flails to break their bones.