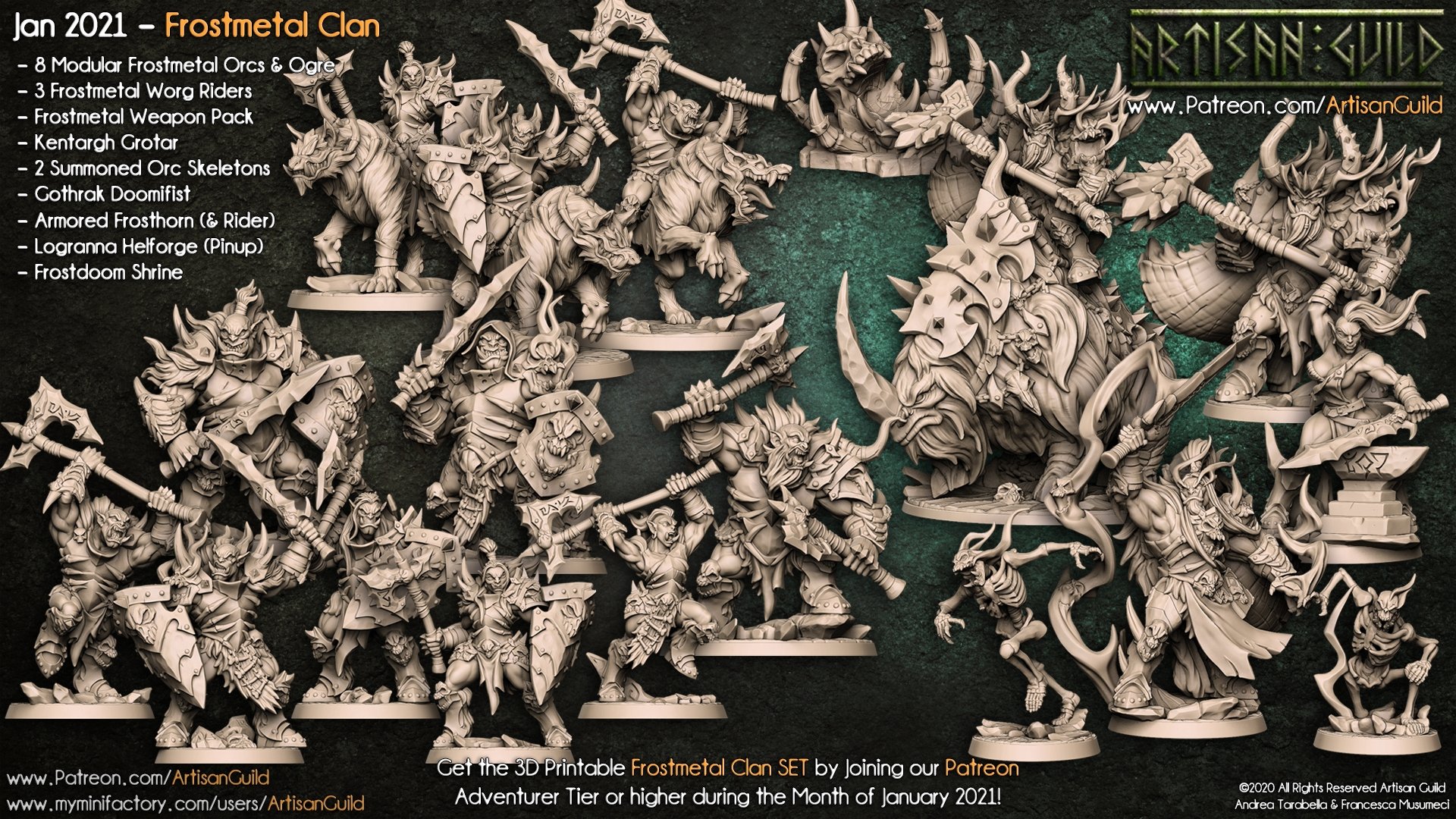 Following an ancient pact with Duum, the God of Ferocity and War, this powerful Orc clan became immortal.
At the price of protecting the temple of Ferocity amid the frozen peaks of Skutagaard, the damned Orcs and Ogres of the Frostmetal clan have gained exceptional control of the Necromantic Arts, making them among the most dangerous warriors in the Frozen Lands.
The Orcs and Ogres of the Frostmetal Clan boast excellent black metal armor with reinforced bones; their Frostbite weapons are instruments of death made of eternal ice and pure ferocity.
The oldest Frostmetals fight relentlessly seeking heroic death in battle.