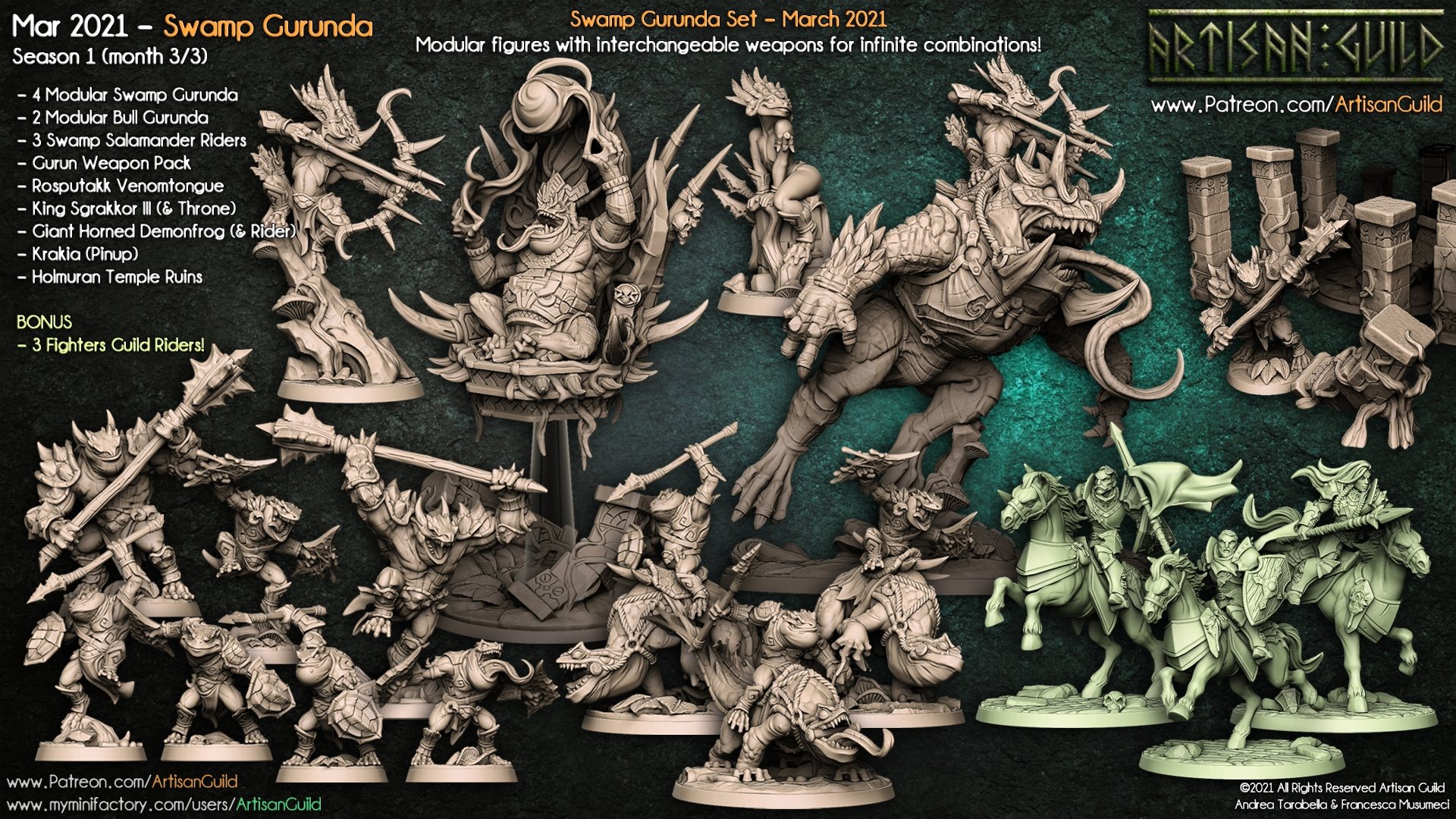 A double wammy this month with the release of the Swamp Gurunda and the Cavalry set to complete the Fighters Guild set. But keep your eyes peeled for something even bigger coming later in the month from the fantastic Artisan Guild.