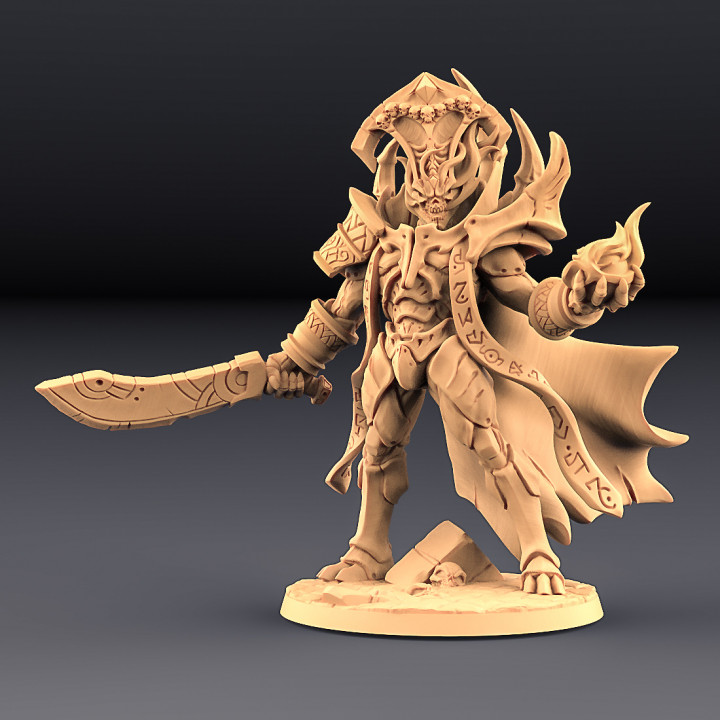 Ossarnus was an ancient lord of a forgotten era. His power was so great that not only him, but his whole army he ascended to immortality. Ossarnus the Sarcophagus Guardian and his “Immortals”?are known as the Ash Plague, who have razed to the ground cities and strongholds.

Assemble this Epic Boss with a huge asset of alternative parts and weapons, such shield and flails, blades and spells. With weapons and spellcasting options, Ossarnus is perfect to cover the role of Lich, Skeletal Lord, Demon and Undead King!