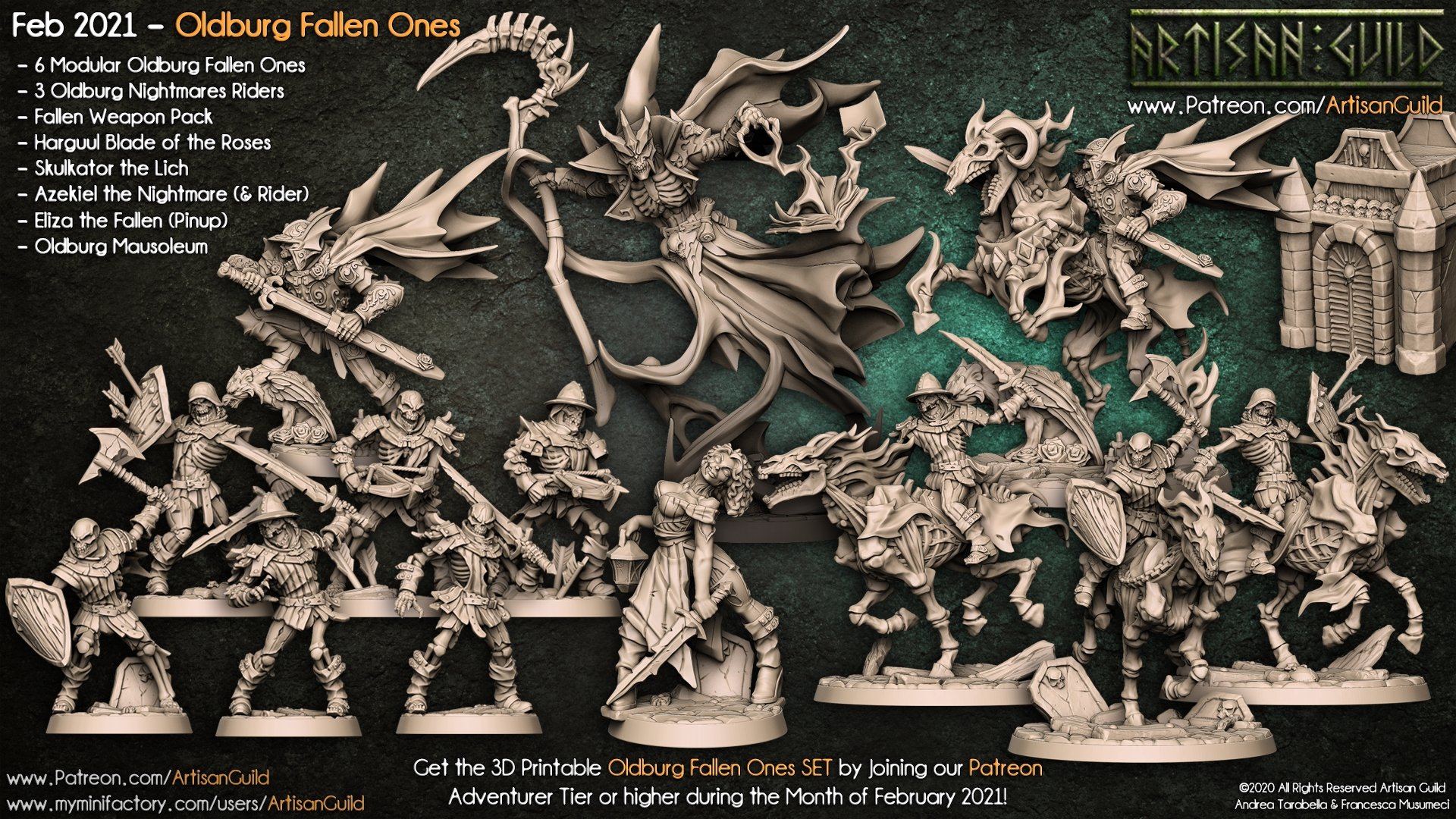 Ancient soldiers who betrayed their lost kingdom and were condemned to undeath, turned into walking skeletons for eternity. They are now bound to follow their undead general and the evil Lich Skulkator, forever.

During the siege of the City-State of Torm, these soldiers were guarding the district of Oldburg. Deceived by the evil warlock Skulkator, they betrayed the Fighter’s Guild and Dragonguard defense plan by opening one of the three great gates to the forces of the Tyrant-God Tialevor, letting the Ashen Inquisitors and their divine leader in.