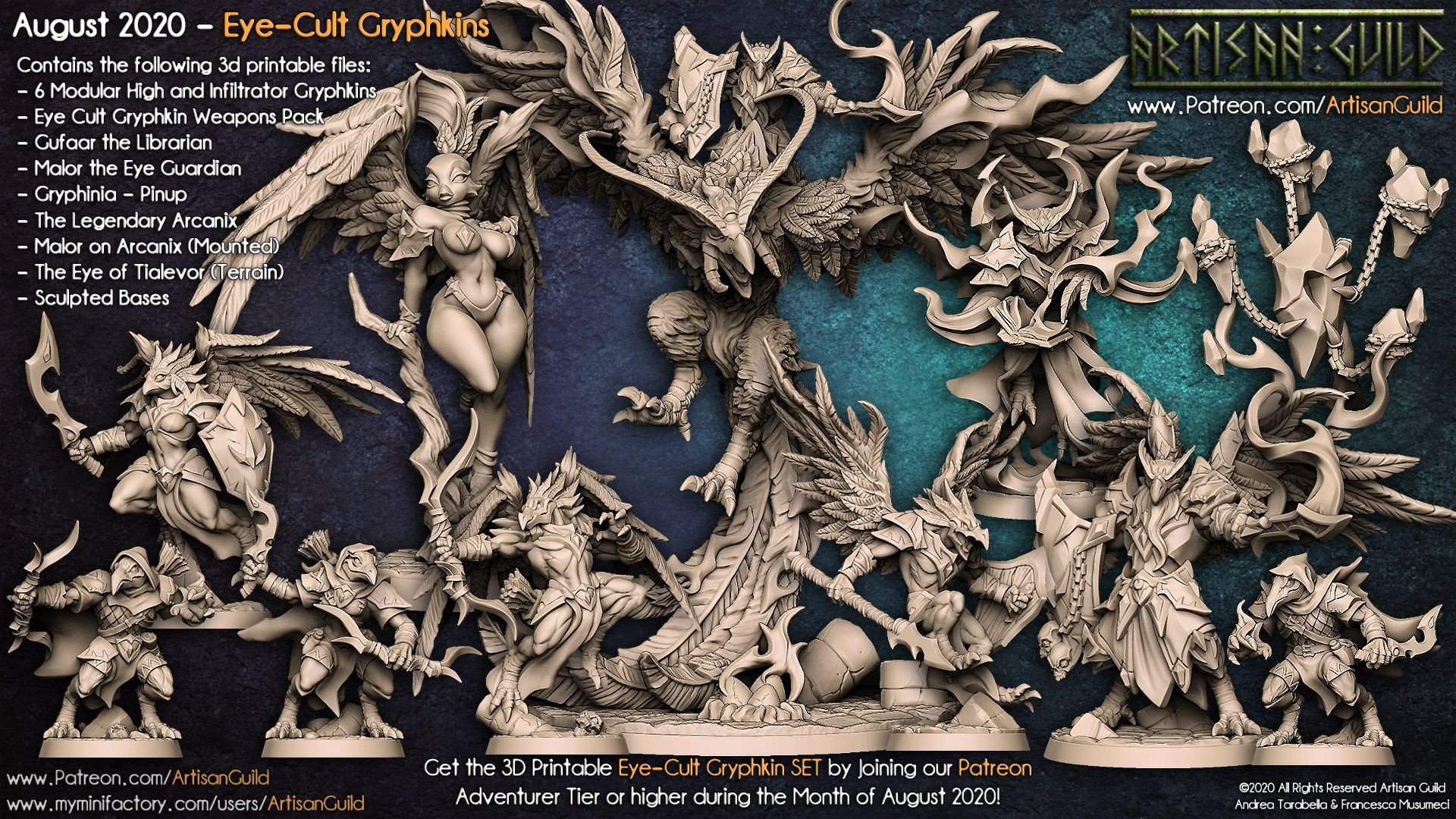 August’s release from Artisan Guild are the fantastic Eye-Cult Gryphkin. They are as always phenominal sculpts that would be perfect for a number of Dungeons and Dragons race like Aarakocra and Kenku which are so often underrepresented in model ranges.

The Legendary Arcanix is a huge model that is worthy of being an Epic Boss in its own right.

Once a cult of humans, the Gryphkins are the legendary people of the sky, often living in sacred or unholy place far away from the rest of the world. Their appearance and skill depends on where their eggs had been laid.
The noble High-Gryphkin of the Cult of the Eye protects the Eye of Tialevor from the lust of sorcerers and Kings on the peak of the Wyvern Mountains.
The eggs laid in the realms of mortals generate wingless Gryphkin, smaller, but skilled in the art of shadow manipulation, espionage and murder.
In the Cult of the Eye both forms are essential to keep the Eye safe and at the same time protect the world from its endless corruption, but It would seem that the evil influence of the Eye has slowly turned his jailers into his… thralls.