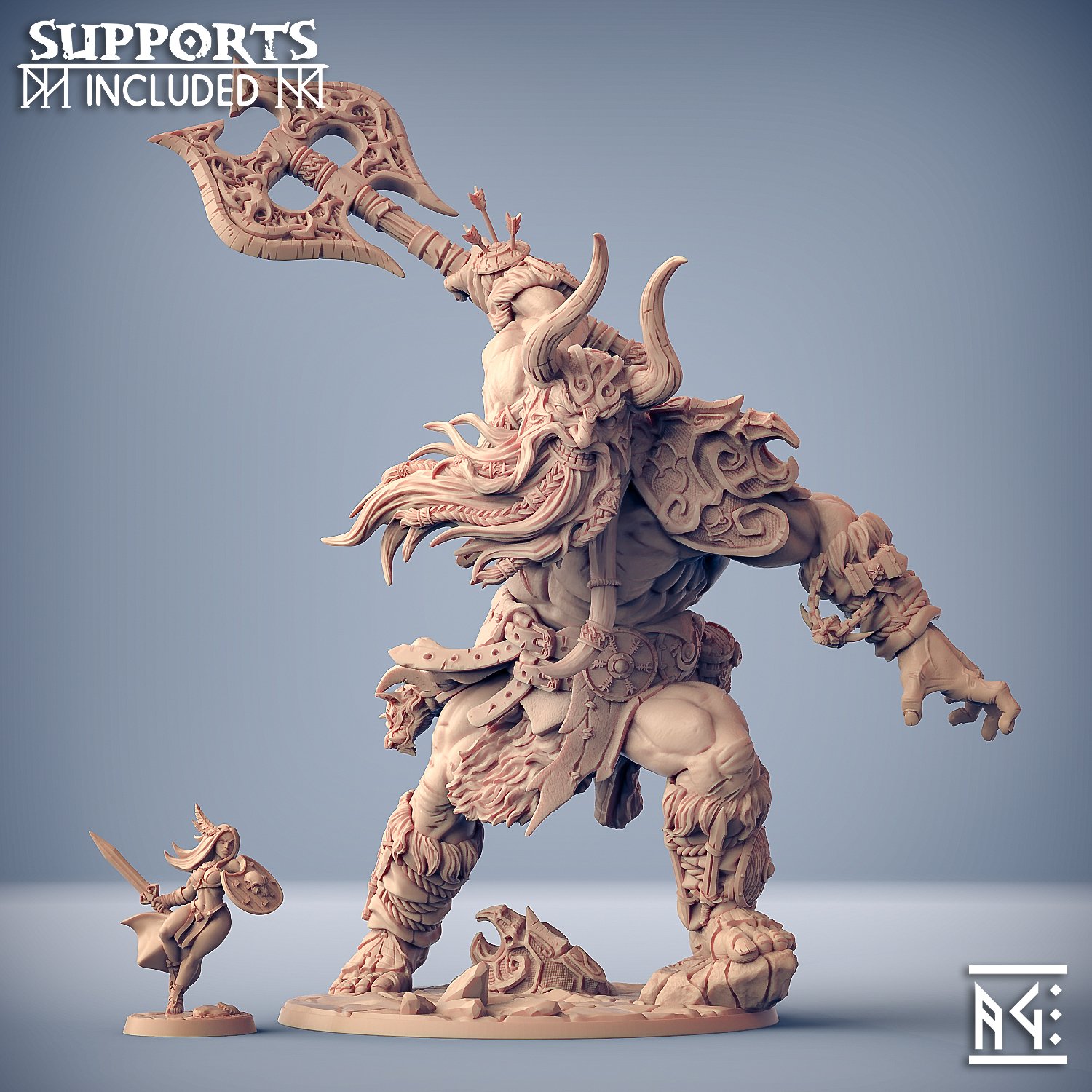 This season’s Epic Boss is absolutely huge. The monstrous Frost Jotunn towers over mere mortals and stands head and shoulders above other Epic Bosses. Hulgfnir the Frost Jotunn will strike fear into the hearts of his enemies.

Also released today is Tialevor – The Tyrant-God himself. Released digitally at the end of last year I’ve only just found the time to get him listed on the shop.