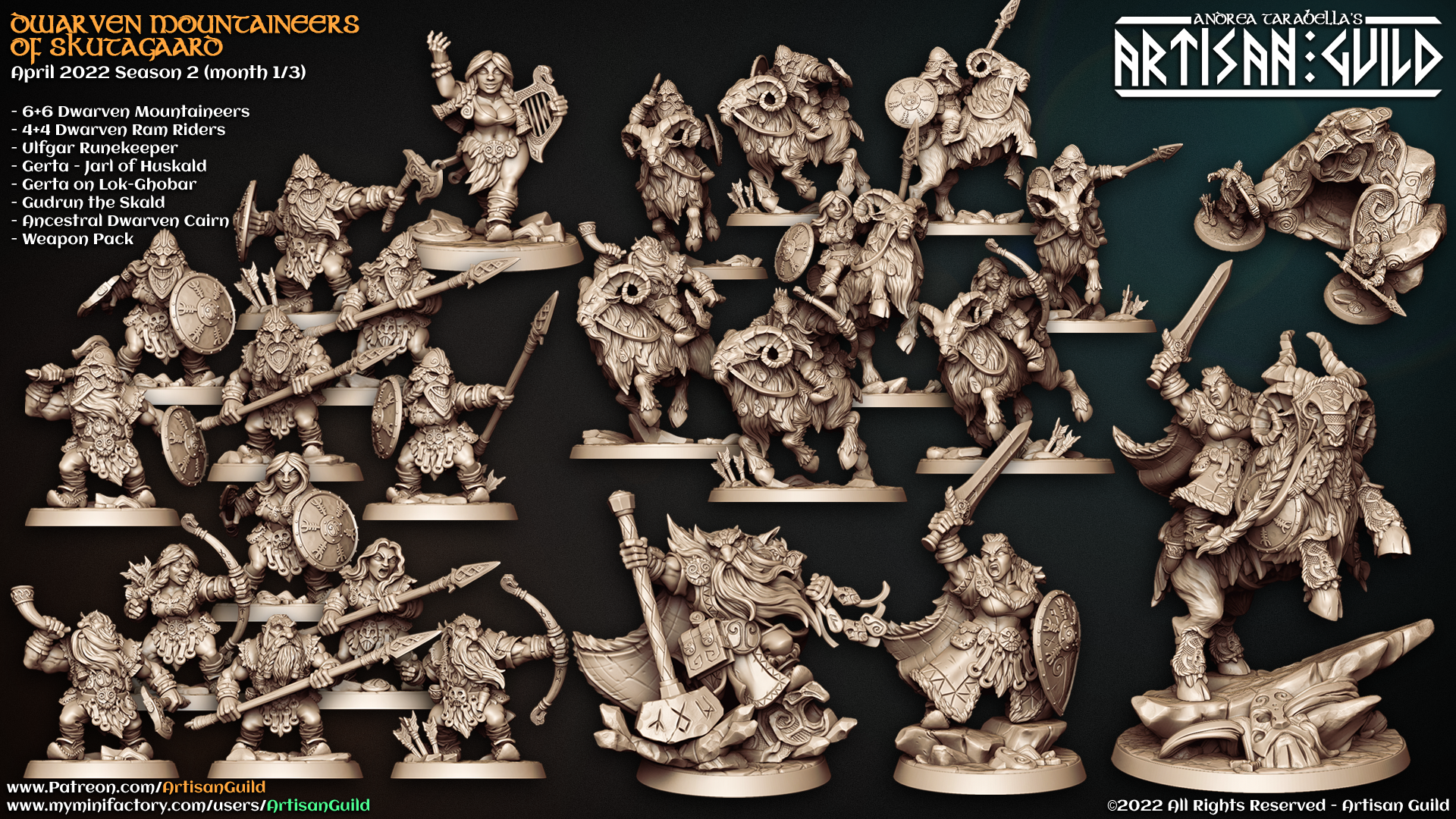 The proud Dwarves of Skutagaard, tempered by the cold winds and thousand adversities, are excellent hunters, warriors and artisans who have settled in the core of the Skutagaard mountains.
The Mountaineer’s clan is one of the few clans to live in the surface, in a Dwarven village called Huskald, built on the slopes of snow-capped mountains. Each Dwarven Clan is administrated by a Jarl, a powerful and charismatic leader who is vassal of the elder Mountain King, true ruler of the Dwarves of Skutagaard.

The Mountaineers, thanks to their natural toughness and resilience, are extremely skilled in chasing and  taking down large animals and monsters, whose resources are used to improve their equipment and nourish various dwarven Clans throughout Skutagaard.
By living and hunting in the outside world, the Mountaineers of Huskald established bonds of exchange with different ethnic groups, or, in other cases, a continuous battle as against the Svartwood Trolls and their King Drugvandel.
While this is a menace that the Jarl of Huskald and his mountaineers can keep at bay, the entire army of the Dwarves King will be needed to protect Skutagaard from the clutches of the corrupt Lich Lord and his terrifying Frostmetal Orcs and Ogres.

Dwarves who defeat the fiercest monsters are given the sacred Huskald Ceremonial Mask, which is said to accompany these warriors even to their cairns, when their souls reaches their ancestor in the Great Mead Hall.