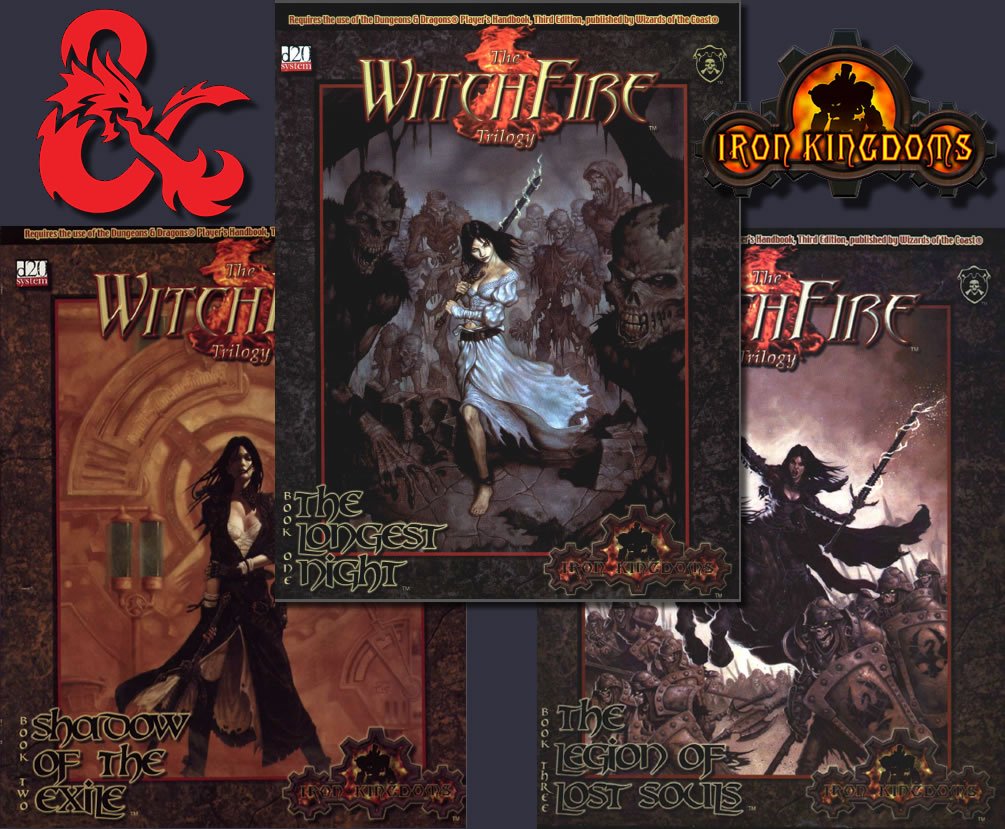 With the announcement of the newest Iron Kingdoms project from Privateer Press, Iron Kingdoms Requiem for Dungeons and Dragons 5E, I got really excited about the Iron Kingdoms again. I dug out all my old PDFs and remembered about the original Witchfire Trilogy that I never got a chance to run before but was so interested in doing so. I had though of converting it to the proprietary IKRPG system but it would have been alot of work and I didn’t have a group to play it at the time.

So in preparation for the arrival of Iron Kingdoms: Requiem and the Legend of the Witchfire campaign book, I am wanting to put together a group of would be adventurers to plat through the original Witchfire Trilogy using D&D 5E and some homebrew conversion modules. More information about the Iron Kingdoms setting and the homebrew documents in use can be found here.

We are currently looking at streaming the games on the Nerdy Coffee Co. Twitch account and so wouldbe players would need to be comfortable being on video chat. Sessions are currently planned to be from 8pm GMT on Fridays, probably for around 4 hours but could go a little longer on some sessions. We will be using Roll20 for maps and Discord for voice and video.

If you are interested then please get in touch via one of my social channels, Facebook, Instagram, Twitter, Discord. I currently have one player and am looking for up to 5 more players to round out the group. There are a number of changes to races and classes available in the Iron Kingdoms so don’t hesitate to ask any questions before commiting.